1963 should be coined the Year of Audacity for RV

The year 1963 could easily have been coined the year of audacity in many respects. Consider how the March on Washington focused the world’s attention on the inequalities of American life in August 28, 1963. Then consider how shortly thereafter, President John F. Kennedy was assassinated for his stance on national civil rights issues before the world’s very eyes on November 22, 1963. Now, consider the audacity that it took for the builders of Rochdale Village to open its doors as the first integrated housing cooperative in the world on December 10, 1963.

Former President Kennedy and then First Lady Jacqueline Kennedy on that fateful ride.

Change agents like Chief Master Builder Robert Moses, then governor of New York State, Nelson A. Rockefeller and historic labor leader, Abraham Kazan scoffed in the face of national unrest and civil discord to bring about the dream of the races living together that Martin Luther King Jr. spoke so eloquently about and JFK died for only one month earlier. 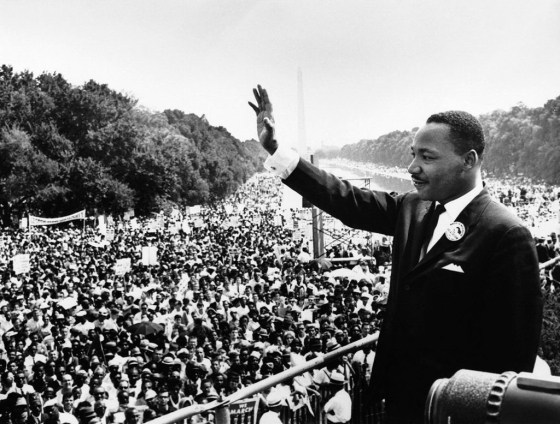 Martin Luther King Jr. addresses the huddled, tired masses at the March on Washington on August 22, 1963

The Rochdale Village concept of cooperative living, which was established in Jamaica Queens New York, was no doubt far afield at that time.  The first move-ins now referred to as pioneers, were the initial recipients of the Rochdale Village premise, which supported a better way of life for the middle class of all races and equitable affordability.  The unchartered territory of cooperative living was there for the pioneers to build a sense of community and create a comfortable yet affordable lifestyle.  And build upon it they did.  According to Kevin Dilworth, former Editor-in-Chief of the Rochdale Village Bulletin newspaper and 50th Anniversary Ad-Hoc Committee Co-chair,  over 140 interactive committees, groups and social organizations existed at Rochdale before social networking was even fashionable.  This lush, green “Jewel of Jamaica”, remains today as a testament to change and diversity.

One thought on “Rochdale Village Turns 50: 1963 in the Year of Audacity”